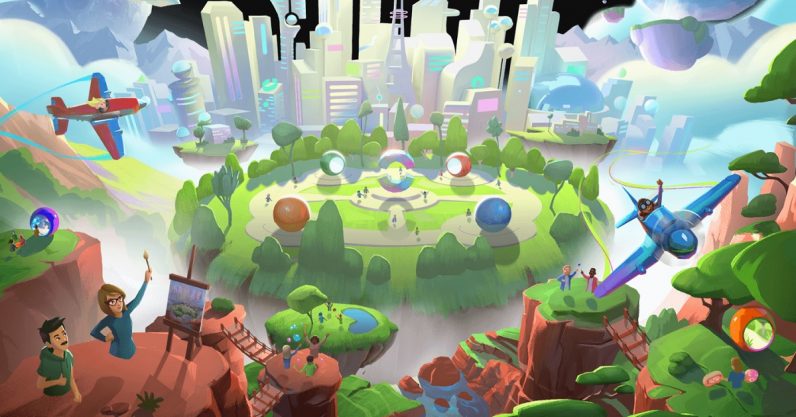 Facebook revealed at today’s Oculus Connect event that it’s launching its own social VR platform, a very MMO-like virtual world called Horizon. Horizon is an “interconnected world” where VR avatars can meet, hang out, play games, and build their own environments. In the announcement video, it shows legless avatars flying planes, creating art, and playing games together. See below if you have a strong stomach for cringey, corporate attempts at humor: According to the announcement, users can play games and such in Facebook-built environments. They’ll also be able to build their own activities: Everyone will have the power to build new…