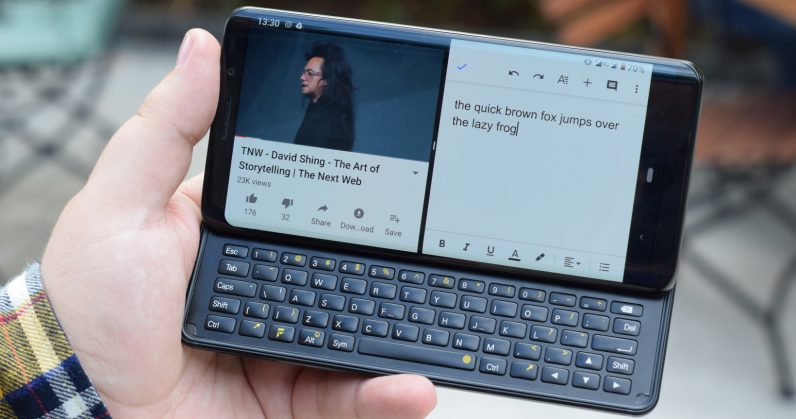 UK mobile startup F(x)tec today announced the upcoming availability of its inaugural handset, the F(x)tec Pro 1. This handset is a contemporary take on the old Nokia E7 slider phone, aimed at power users, as well as those for whom virtual keyboards aren’t good enough At first glance, it resembles an ordinary (if not somewhat hefty) smartphone. Looks, however, are deceiving. Concealed within its chassis is a full QWERTY keyboard, which slides out with a push of one’s thumb. This gracefully snaps into place with a slick spring-loaded mechanism, allowing you to bang out emails and documents with relative ease.…