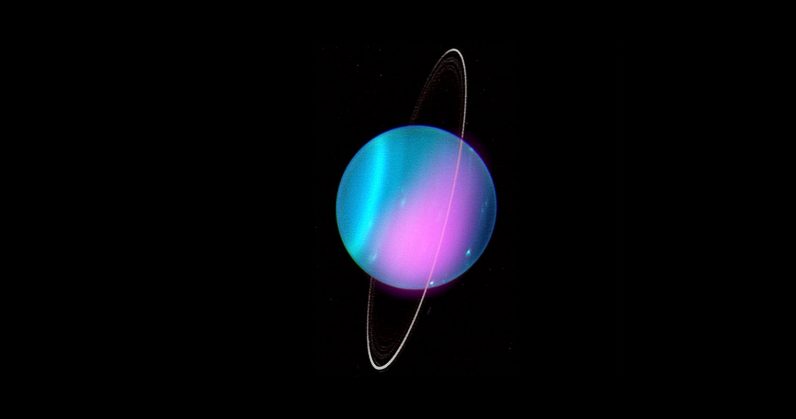 Far from the Sun, near the outer limits of our solar system, the ice giant Uranus slowly orbits its distant parent star. For the first time, astronomers have seen X-rays emanating from this distant world. The Chandra X-ray observatory, launched in 1999, examines the Universe in X-rays, highly-energetic wavelengths of electromagnetic energy most commonly associated with diagnosing broken bones. “NASA’s Chandra X-ray Observatory is a telescope specially designed to detect X-ray emission from very hot regions of the Universe such as exploded stars, clusters of galaxies, and matter around black holes. Because X-rays are absorbed by Earth’s atmosphere, Chandra must…